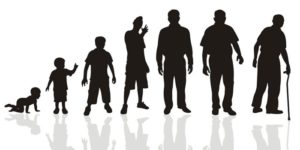 Autism And Adults – Autism is a developmental syndrome that affects language and communication, (shared) social interaction, where someone may show obsessive or repetitive behavior.

Until recently infantile autism had been quite known,  while autism in adults was still relatively unknown by many. However, the hypothesis of autism may appear when someone has already reached adulthood. The reason might be that lately the disorder has been better recognized in adults with normal intelligence, or even above average. Not long ago, adults with severe autism were easy to be recognized due to atypical behavior.However, current international studies about autism have shown us that autism is not only limited to the severe type – when it is most evident. Especially those with Aspergers Syndrome and autism of average (and higher intelligence). They can lead a quite normal life … until something happens in their lives who could function as a trigger, bringing up an autism never before diagnosed.

There are some different factors that might indicate a possible diagnosis of autism in adults.

When a child is diagnosed with autism, the same behavior is sometimes found in one parent (usually the father ) . Knowing that autism is a genetic condition , parents are requested by professionals who care for the child, to find out if there is any case of autism in the family. Not rarely, one parent ends up being identified as autistic.

Another factor would be a turning point in life,  when a lot can change . For example, the teenager who is becoming independent ; the man or woman who becomes a father or a mother; a serious relationship or even a retirement from work. Those stressful situations could be the start of a process, when a person who until a short ago had appeared to function normally, now faces a situation he is not able to deal with any more – the way most (neuro typical) people seem to do . In this case, he may end up presenting a picture of extreme anxiety such as a burn-out or other psychiatric disorder that doesn’t seem to be helped by traditional therapy. The treatment for this psychiatric problem shows no result or the overall picture does not fit the supposed disorder . When this happens , more extensive tests might confirm a diagnosis of autism.

These tests must be conducted by qualified professionals such as psychologists and educational psychologists . Autism is a developmental disorder whose issues originate in the childhood. It is necessary to obtain enough information about this childhood as well about the development of puberty and further stages of adult life , in order to reach a final diagnosis .

For children , there are tests and forms that facilitate the supply of diagnosis. However , the diagnosis of adults is still in development , and much more complex to achieve. As each case is individual, the process of diagnosing a particular adult may well be much slower than another . What most hinders the diagnosis is really the lack of prior information of the examined adult (client). Sometimes there is already enough information about the client . But it often happens , some tests are not enforceable or data of his/her childhood are unknown . In some cases, the diagnosis is still based on a more limited test . The problem of closing the diagnosis in adults is exactly because a lot of information from the client’s childhood is not available . And this information is essential to the quality of the diagnosis .

A diagnostic test of quality must be thorough. It should consist of a survey of psychodiagnostic , a psychiatric research, and sessions with the client to be examined as well as the important people in his life – a partner and close relatives.

Autism is EVERYWHERE : on the streets , in shops , in the office (and why not? ) at home . Not having a diagnosis does not mean it does not exist . However , the desire to know if it is autism, should always be spontaneous . The adult in question must decide whether a diagnosis will add to his/her life (recognition , relief etc.) or affect him in his daily routine , according to the way he prefers to conduct his own life .

Experience teaches that diagnosed adults with autism, eventually benefit from it. They finally get answers to questions that had been there throughout their lives . Many of them participate in virtual groups , exchanging experiences with other autistic adults ; others become activists , giving lectures and surprising their audiences by the unique and intriguing way they perceive the world. The majority , however , finds recognition to themselves and their family , that they not ” crazy ” or ” impossible to live with .” He or she has autism . They aren’t sick, but rather extremely strong and courageous creatures, for having ‘ survived ‘ decades trying to understand and adapt themselves to fit in the  world.

*Fatima de Kwant is a Brazilian-Dutch journalist, writer of texts related to Autism and mother of an autistic son (20). Fatima is also Autism & Communication specialist and has been the therapist of her son, who has moved from the more severe side of the Autism Spectrum to the lightest. From her home base in Holland, she leads the project Autimates around the world.