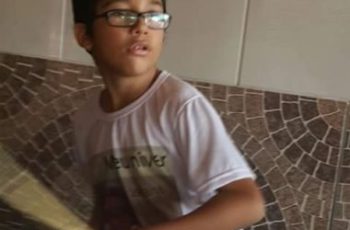 As stated in books of the Hebrew tradition, Michael is one of the seven archangels and the only one identified as an archangel in the Bible. In the Book of Revelation in the New Testament, he is portrayed as the leader of heaven’s armies, and thus is considered the patron saint of soldiers, a spear in his hands. In Brazil, more precisely in Guaratiba, Rio de Janeiro, lives a boy called Miguel (Michael, in Portuguese); also a fighter like his name means. But instead of END_OF_DOCUMENT_TOKEN_TO_BE_REPLACED