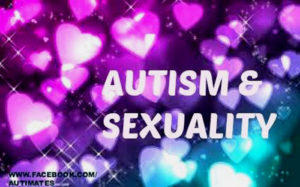 Talking about sex is still taboo, especially in regard to Sexual Education at home, from parents to children. One may say that talking about sex is natural; however, statistics shows the opposite: parents still have remnants in addressing the issue with their teens.

Anyone knows that the sexuality is an integral part of life and not merely the presence – or absence – of orgasm. Sexuality is the energy that motivates you to find love, contact and intimacy, and expresses the way we feel, in the way people touch and is touched. Sexuality influences thoughts, feelings, (inter) actions and both physical and mental health. Despite some controversy, Sexual Orientation in Schools has been an inexhaustible source of basic information about sex to(pre) adolescents in educational settings. In high school, addressed topics related to sex are already integrated and, not infrequently, students are encouraged to talk and learn about sex – physical sensations and the emotional feelings that may follow the act.

With a little luck, these teenagers will feel comfortable to discuss it at home too, giving their parents the opportunity to lead them to a healthy and safe future sex life. However, how does this same process develops when the teenager has autism? How to talk to an autistic adolescent about sex? Is it possible? Is it necessary? … The answer is yes; it is both possible and necessary.

(PRE) TEENS WITH AUTISM AND SEXUALITY

Autistic teenagers are first of all, healthy human beings, physically able to experience the same sensations of sexual arousal as neurotypical teenagers. Their hormones are present and yes, there will be an erection for boys and vaginal arousal for girls.

As new as those physical manifestations are to the neurotypical teenager, they are also new to the autistic teenager. With the difference that the first group probably already have some knowledge on the phase they will go through and the second group hasn’t. Interaction with peers from the same gender at school, in the neighborhood etc., enables children who are typically developing to have an idea of what sex is – although this idea is usually far from reality. The ones who develop a-typically (autistic) usually do not have this social interaction at puberty, which can cause them to ignore the concept of sexuality before the sexual awakening itself.

Therefore, it is important that parents and caregivers, in general, are prepared to anticipate this inevitable stage of the biological development of the adolescent and prepare him or her for it.

Regardless the severity of the autism, sexual education should be made possible, preferably before the first occurrence (touch own genitals noticeable erection – for boys- etc.), and anxiety and nervousness that can accompany them.

Adolescents with medium to high functioning autism can be verbally instructed, just as other teens. The instructions of Sexual Education (by a teacher, therapist, parents or close relatives) should be taught carefully. The important thing, in this case, is that they understand that the process of sexual arousal is natural, there is no reason to fear. We begin by explaining to them how the human body and thus we feel the heat, cold, hunger, or urination, also felt an excitement of the genitals, which is different for every human being in terms of frequency and intensity.

Another extremely important factor is to stipulate rules. The goal is to prevent them to become victims of sexual abuse or to demonstrate a socially incorrect behavior.

Autistic adolescents regardless of their mental development may be naive due to their nature. In the absence of malice can become easy prey for people of bad faith -other neurotypical adolescents, adults bullies or abusers. To avoid this, we must establish rules in this new phase of their lives:

-Be direct and clear (talk about the penis or vagina, not the birds and the bees);

-Instruct the youngster not to touch anyone without his or her permission. Touching must always be of mutual consent;

-Touching the genitals should be done only in a private location – not in class or at the table etc. Remember how you taught the child how not to pick his nose, or fart in public, for instance. Here goes the same rule: there is an appropriate place to do that!

-Be consistent and repeat several times about sexual safety;

-Find someone of the same sex to teach the basics of safety and hygiene (siblings, parents, grandparents etc..)

-Compliment appropriate behavior, positively reinforcing what the youngster has just made correctly.

Great care is required to stipulate rules with an autistic teenager. Make sure you are extremely clear (concrete) in the investigation file. Recall that in terms of sexuality, you are not just teaching information; you’re also teaching values and social competence.

Adolescents who exhibit symptoms of severe autism, and affected cognitive capacity require amore concrete statement. In this way, make use of visual aids such as pictograms, so that they understand at least the basics of sexuality through the visual mode.

With the help of pictograms and simple words (instructions), we can teach this group of teens that erection/arousal is a good, pleasant and normal sensation, but the genitals should not be touched anywhere but home, for example. They must associate the pleasure of touching their genitals with the privacy of their bedrooms or bathrooms – or any private place of his or her. This task may be challenging, but eventually, they learn that sex is private.

People with autism can not only relate sexually with a partner, but many find the experience extremely pleasurable, also.

Talking to our children or autistic patients about relationships isn’t much different from the way we talk with our neurotypical ones. When we like someone else, sex is much better! Feelings of affection and intimacy, as well the need to stay close before and after sex, is something that autism also may experience – although it is not a rule.

Two of the angles of the triad of autism are poor social interaction and an impaired communication.That makes the challenge of engaging in a romantic relationship bigger for autistic teenagers than non-autistic ones. When we prepare our children/patients for sexual life with a partner, we should try to improve their social skills in this area. For instance:

How to approach another teen? What to say to him or her? How to start a relationship? Once started, when is it the time to talk about sex with him/her? How to act with respect towards the partner when engaging into a sexual involvement? One must also remember that some autistics just don’t enjoy being toucged without warning. A partner should be willing to talk about what his or her autistic partner enjoys – which applies to any sexually active person, with or without autism.

There are several courses of Social Skills for Teens with Autism offered in the Netherlands. Many of them address the issue since it is an integral part of the development of a teenager, defining part of their identity.

“If health is a fundamental human right, sexual health should also be considered as a basicHuman Right.” – World Health Organization -1975

*Fatima de Kwant is journalist, lecture, autism text writer, and autism specialist. She is the creator of the Autimates Project, an international project that provides Autism Awareness. Fatima lives in the Netherlands since 1985 and is the mother of an autistic young man.